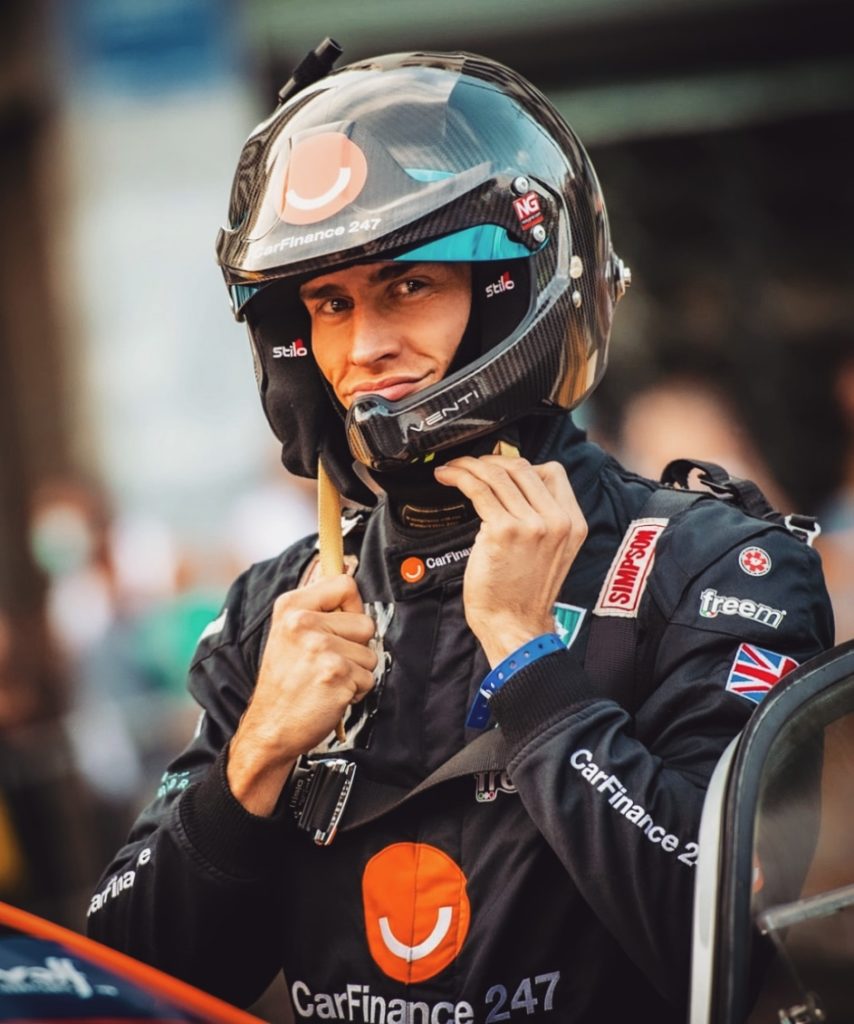 December 14, 2021, Manchester: British rally driver Chris Ingram and co-driver Ross Whittock, reflect on their achievements in their debut WRC season and look ahead to their greatest challenge yet in 2022.

How would you summarise your 2021 season?

Chris:  Target achieved! We’ve had a strong comeback. We’ve managed to achieve our objective of learning WRC whilst increasing our pace to challenge the highly experienced Rally2 leaders.

I am really grateful we’ve had this opportunity to compete ahead of our debut WRC2 campaign for 2022. We showed stage winning pace and completed all but one of the stages all season. It’s also my fourth season in a row without putting a scratch on the car. I have a lot more speed to show once I have the practice and experience.

Ross:  It’s been a year with a lot of promise. We’ve finished every stage on every rally. So it’s very solid experience going into next year. We’ve shown we can fight for the podium in most rallies even first time out and have set fastest times on each surface.

You moved to Toksport in the middle of the season, what effect did this have on your performances?

Chris:  They are a very experienced team with winning pedigree and are amazing to work with.

The car is always ultra reliable. Being with a top team like Toksport is critical to be able to fight for Rally victories and championships.

You’ve driven a Skoda Fabia Rally2 Evo this season. What do you love about this car?

Chris:  The Fabia Rally2 is an all-rounder. Reliability is key on marathon style WRC rallies which Is the strong point of the Fabia. Our technical partners help us get the best out of the car along with our mechanics and engineers.

How has your partnership with co-driver Ross Whittock developed this year?

Chris:  It has been great to finally get back up to speed with Ross since our ERC win in 2019. We are both developing all of the time and growing together as a crew.

Ross:  We’ve learnt how to be a more professional crew together. Being part of WRC does that. It’s the pinnacle of the sport.  We’ve taken a big step up and learnt more about the car, set up and tyres.

What rally moments in this season have you and Ross enjoyed the most?

Chris:  The first day back with Toksport in Greece when we were leading WRC3 and in the fight with the WRC2 frontrunners was mega.

Ross:  Day 1 in Greece.  Finished 22 seconds ahead of the leader of WRC3 after day 1. Best day of rallying we’ve had together. Everything clicked and despite feeling comfortable the speed was there.

What were some of your most challenging moments?

Chris:  The most challenging moment for me was in Sardinia when we broke down 1 stage before the finish-line despite trying to nurse the car to the finish line.

Ross:  Probably in Croatia. It was our first one back after 18 months. Right back in at the deep end. In hindsight it was impossible to be back on the pace straight away. To come back a few weeks later in Portugal and be back on the pace was a relief.

How does WRC compare to ERC?

Chris:  It’s a massive step up. The rallying is longer and more difficult. We’re competing against drivers I’ve been watching on TV for 10 years who are world class professionals. I really am living my dream to be doing WRC!

Ross:  In the WRC there are many many drivers who can win and the rallies are longer. There is a lot to learn on the WRC events as rookies whereas we had already competed in most of the ERC events before our title winning season.

What improvements in your performance have you made this year that you are most proud of?

Chris:  I have improved in every way really and worked tirelessly. My driving technique and fitness levels have probably improved the most as well as my mental health, which for me is the most important thing.

Ross: Our speed has increased and we’re getting it more consistent throughout these longer rallies. If we took our current speed back to ERC joined with our experience in that championship we’d be fighting for the win every rally.

What have you learnt most from and will influence your WRC2 year ahead?

Chris:  We have learnt a lot from getting the chance to compete on several rallies that we will compete at again next year. It’s crucial to prepare and learn these rallies ahead of 2022 so we can push for victory.

Ross:  Consistent speed and where that takes you. Chris’ preparation will be different because we’re going into rallies that we’ve done before.

How have you prepared yourself physically and mentally for the step up to WRC?

Chris:  I have transformed and will continue to do so. Extensive physical training six days per week, usually two sessions per day. I have also taken up boxing for more intensive training and yoga for strength and relaxation. I train every day I’m in Cheshire at CPASE Health Club and also box with my friend and former WBA World Champion Scott Quigg.

I still believe the best physical and mental training is driving itself. We are currently working on being able to get more seat-time (rally driving practice) in 2022.

Ross:  You have to have good endurance fitness. It’s a long day in the car. The cars are hot. Sometimes it’s 50 degrees in the car in places like Greece. It’s mental. You can’t switch off, so it really does drain you by the end of the week.

You’ve been open about your work with HUMEN, the Men’s Mental Health Movement and your own struggles. How have you coped with the extra pressures and step up to WRC?

Chris:  I thrive under competitive pressure and I’ve shown improvements rally by rally. I am learning a lot at the moment about how to manage and take care of my mental health which is helping me focus and be confident delivering better and better performances. For me, improving my mental health will be the greatest key to becoming World Champion, because I have no doubt I have the driving skill and determination.

This has been your first year with the formation of Rally Warrior. What difference has this made?

Chris:  Firstly I am immensely grateful for the support of our investors, partners and advisors. I now have the opportunity to put the majority of my focus into rallies and my performance. At this level it would’ve been impossible to manage everything alone.  I can’t thank the team enough for their support in our first season.

Ross:  I am able to focus on rallying. We’re not just on our own anymore. It’s great to have the professional support.

Will you have the same team of partners behind you next year?

Chris:  Yes. I am very proud to have the continued support of our loyal partners, I can’t wait to welcome everyone to a WRC event in 2022!

Car Finance 247 have supported me for the last 5 seasons now, since my European Junior title winning season. We’ve come so far already and overcome every challenge.

We will be entering our second season with support from WS Transportation, Kroon-Oil, FreeM Racewear and Stilo Helmets who all provide vital support to myself, Ross and the team. I will also continue my training regime at CPASE Health Club near my home in Cheshire with the support of their amazing team and trainers.

It was great to invite a number of our partners to have a ride in the ‘PMPM Motorsport’ Skoda Rally2 car for the first time earlier this year. I’d like to also say thanks to Jim Harrison of Protec Temporary Protection who has been a great supporter and partner of ours this season.

Ross: It’s fantastic to have our partners’ backing for 2022. They understand our sport and what we aim to achieve in WRC.

What are you most looking forward to next season?

Chris: Rallye Monte Carlo 100%! It is a dream to compete there, on the most prestigious and challenging rally in the world. The rally starts at the iconic Casino Square and then we drive up into the mountains for the first stages at night-time, full focus driving on ice with slick tyres, passing thousands of fans with fireworks and flares. It will be an unbelievable experience.

Ross: I am looking forward to every rally. We now have the experience of a full season and now it’s a level playing field with our rivals. I can’t wait to see what we can do.

What is your goal for WRC2?

Chris:  Fight for the WRC2 Junior Title.  Work hard every day to fulfil my potential with the team, and be at one with the car!

Ross:  A podium in WRC2 would be amazing and we can fight for the WRC2 Junior title. Show more progress from this year. Win more stages and win more rallies.