Victory in Portugal for Ingram & Drew! 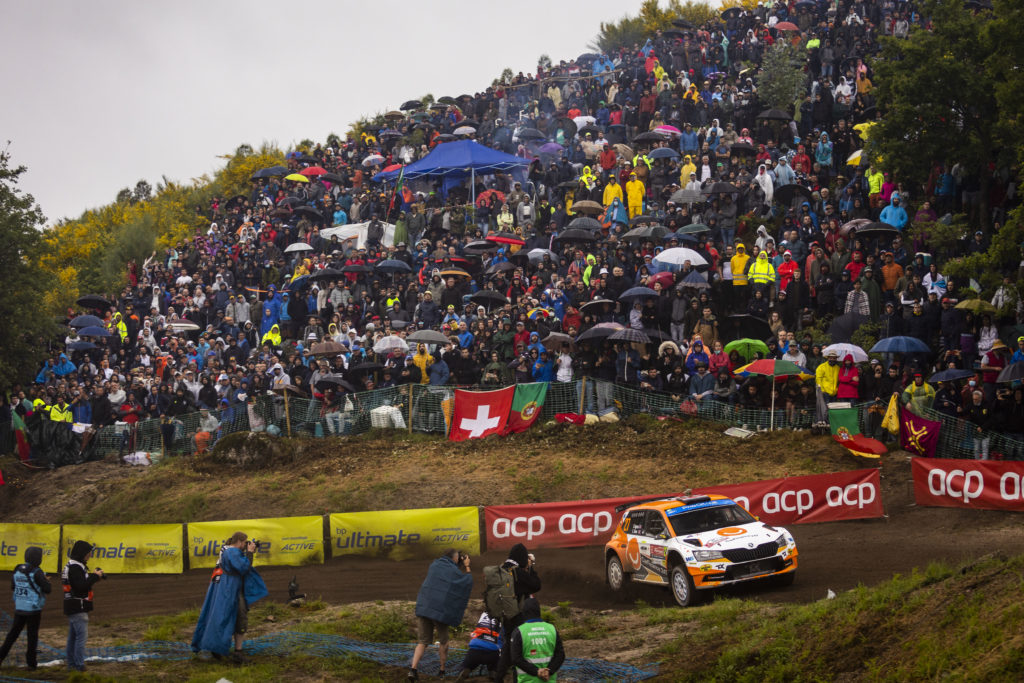 Chris Ingram and Craig Drew have taken a dominant victory in WRC2 Junior at the Vodafone Rally de Portugal whilst securing a podium in WRC2.

Despite changing a puncture mid-stage in 1 minute and 25 seconds on the relentless 38km of Amarante on Saturday, the Brits dug deep to stay in control of the lead as their rivals also hit trouble.

On the legendary Fafe stage, in-front of a reported circa half-a-million rally fans, the Brits brought it home to take charge of the WRC2 Junior Championship title race.

Ingram and Drew kept the CarFinance247 backed Skoda Fabia Rally2 Evo in one piece on another brutal World Rally, and praise the Toksport WRT mechanics for building such a strong car.

Chris Ingram commented; “I’m absolutely buzzing to get the win after so much hard work and preparation behind the scenes. It was one of the toughest events I’ve ever done, on Sunday just driving carefully to get to the finish was so difficult but we’ve done it!”

Craig Drew commented; “We really deserved that win after unlucky punctures in Croatia and on Saturday here, it’s great for our championship hopes. It was a marathon not a sprint and we managed the rally very well”

The next WRC Round planned for Chris Ingram is Rally Italia Sardinia in a fortnight (WRC Italy), June 02-05.