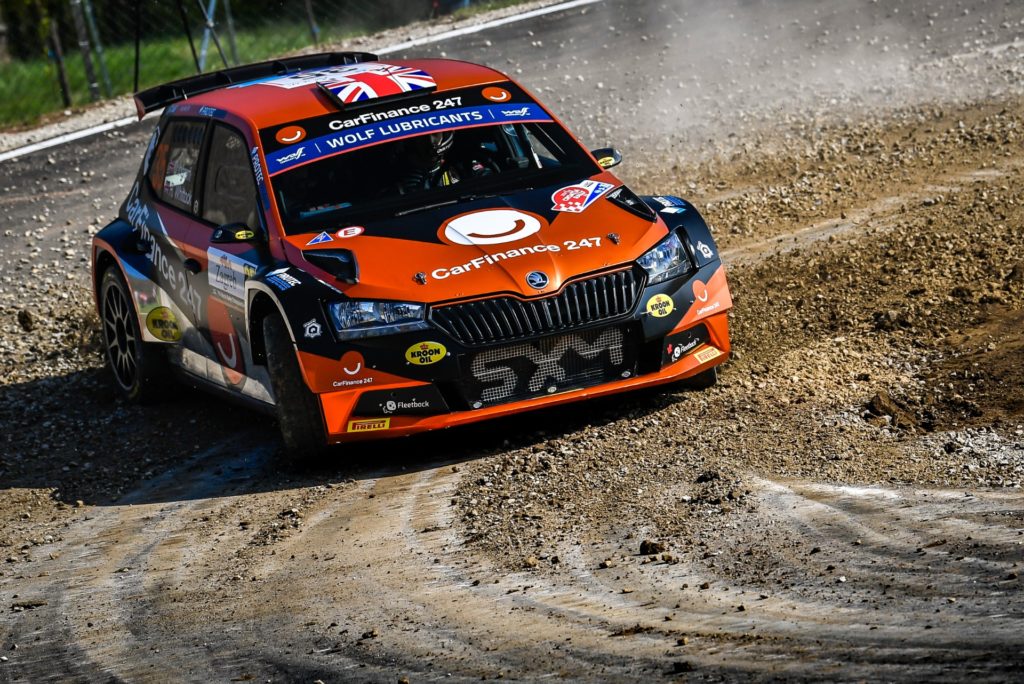 Chris Ingram’s much anticipated debut in the World Rally Championships (WRC) got off to a promising start at the Croatia Rally 2021, finishing in 5th position in a hugely competitive WRC3 field.  Partnered with co-driver Ross Whittock, the race was their first since winning the 2019 European Championships, driving their new SXM Competition prepared Skoda Fabia as part of their team Rally Warrior.

Chris Ingram said: “Being back after one and half years out of rallying, has been a difficult jump at this incredibly high level, but I’m happy to take the tough lessons and to have finished the rally.

‘Rally Croatia was by far the toughest rally and circumstances I’ve ever experienced.  A few years ago we were fighting at the top of every rally so it’s been very hard to accept it’s going to take some more time and practice to get back to that level and beyond.”

The opening stage South-West of Zagreb proved tricky conditions with gravel dragged on to the asphalt. Chris and Ross had a very strong first loop and finished 5th after the first day.  The morning of day 2, saw them climb to P3 but by stage 18 on the final day, they suffered a small off with a bent steering wheel, which eventually led them to finish in 5th position overall.

Whilst Polish driver Kajetan Kajetanowicz took victory, Ingram showed he is still very much a contender for a podium place.  Adam Shore, Director of Rally Warrior said: “This a solid foundation to build on and Chris and Ross have proved they are still capable of challenging the top.  Rally Warrior is a new team and this is certainly just the beginning of what we can do. We will closely evaluate what went right and wrong in Croatia, and plan for improvement from Portugal onwards.”

The team will now enter the first round of the Portuguese championship Rali Terras d’Aboboreira as part of their preparation for Rally Portugal.